the importance of moving

In my life now, I tend to find myself moving round alot. I have thought of myself as a traveller for a while, but this isn't strictly true; I realised the other day I haven't left the country (beside a week or two holidays) for a couple of years now, and I've never been away longer than three months; Likewise I've never felt the aliveness of not knowing I would return. I've tended to have about 5 weeks out the country at a time when I get away, and steadily, my trips have got closer to home and less grandiose. Coincidentally (or not so..) this has coincided with my university loan running dry, and my pockets getting ever thinner. But that's ok, it's only served me to take more modest trips. If you wanna keep moving you move regardless.

But it's been nice - I've sorta just become always on the move. I tend to stay in a place for about two months, I spose that's just about enough time to get a grasp of the place. Right after uni it was most extreme; two months at home (feet up, flat out), two months in Plymouth, two in Mevagissey, two in Torquay (home again), 5 weeks goin' round East Europe, two back in TQ (working), back to Plymouth, then back to Torquay, where I finally stopped for a while to make BEAT Magazine.

It's not like a conscious choice to keep moving, think more just a natural inclination to keep things fresh. I think the habit is born from chasing after experience, as Byron put it -

“The great object of life is Sensation - to feel that we exist - even though in pain - it is this "craving void" which drives us to gaming - to battle - to travel.."

I think from an outlook acquired such as this, you realise one particular, and fundamental truth in life. Everytime you move, you bare witness to a different side to your character - feel your character, your sensibilities etc, swayed and tested in new ways. You see more clearly who you are when you attack your sensibilities from such a variety of angles. e.g with me, living up North, dropped into working in a pub, it was interesting to see how 'I' would react. Or living in a hostel in Brighton for a few months, seeing how 'I'd' respond to new surroundings. It's all about jumping in at the deep end and learning to swim in a totally new way.

I spose evidence can be found in the reverse: It's typical that in a place, people are very simillar - not just in terms of accent & features etc, but likewise in terms of their beliefs and opinions. This is only natural, and part of the innocent communitas we seek as humans - were social creatures afterall, and want to get along. But people often feel scared to voice something that makes them seperate from the norm. e.g the football fan who has a secret love of reading, or the girl in the small town who doesn't actually have a desire to gossip or for the sewing circle about her..

Leaving helps you realise the variety in the world, and that it's ok to be your own way. Gives you the integrety to say 'OK, they're that way here. I don't feel affinity with that but I know out there, elsewhere, people do. Lets go find 'em '. 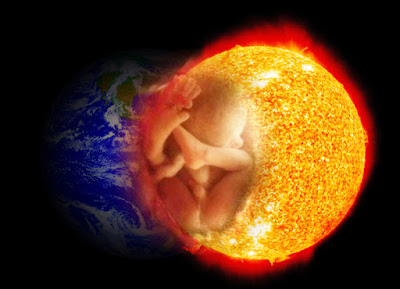 --
Further
Eventually, perhaps also, we realise a deeper truth. When you keep chipping away at 'who you are' (which is really who & what your ego has decided to associate with), eventually you get to the point when you just realise, 'wow, we're just all energy, were just all ripples of the big bang going this way and that'. We're all nature at heart. But anywho, this is somethin' I'm still learning about, or moving towards; first you gotta understand it ('stand under' it - appreciate it) then you gotta realize it (make your 'reality' (aint it nice when words offer secret truth's like that?)). I certainly understand it, but realizing it is fleeting, not constant. Unravel your ego baby!

If this last bit has sparked an interest in you, like I said, I won't say much more, but would certainly point you in the direction of 'A New Earth' by Eckhart Tolle. Likewise I would urge you to look at the contentedness in the eyes and manner of someone such as the Dalai Lama. They got it. Peace.