Patti Smith: Advice to the young from Louisiana Channel on Vimeo.

Gotta keep your intergety about's you.

Also, this that a few of you may have seen before. Saw this on the net a while ago & found it so true. We planned to print it in next month's magazine but unfortunately ran out of room. Check it : 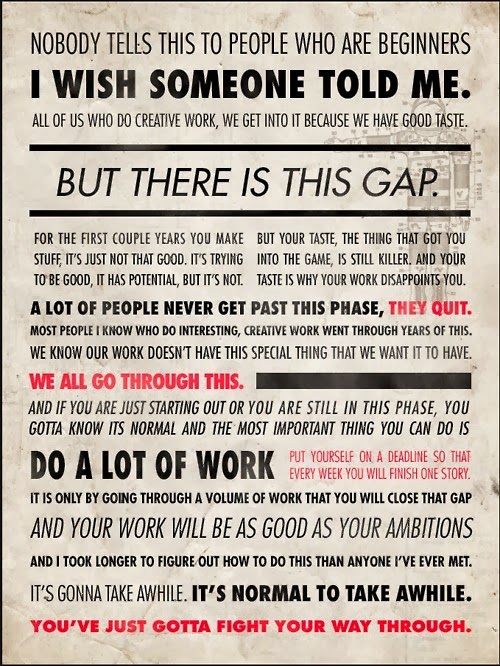 By Thomas Howard Gameson on Thursday, January 30, 2014 No comments:


My friend always said I reminded him of Nathan Barley...


Beat-Magazine.com
By Thomas Howard Gameson on Wednesday, January 29, 2014 No comments:

Working on the magazine, most of my work recently has been done sat in the glare of a computer screen. It's been this way for a while now, when we were making Dark Descent we spent whole days sat behind a computer.

I think there's something strange that happens when you're on a comp. For example when animating at a computer, at the end of the day, you dont seem to feel the same level of satisfaction as you would if you'd spent the whole day working on paper & a light box. Same for writers - filling 30 notebook pages is much more satisfying than a hundred Word document ones.. Even if you'd completed twice as much work, working digitally you are left feeling a little empty.

I think this is because of the loss of the whole physical game; When you're working with your hands, you've got this over here, this over there, you have to get out your chair, go get stuff, look through drawers etc etc. What'smore you can pick it up at the end of the day, move it about, look at it. It's there. Sat infront of a box, your whole work is created within the box & when the light blips off your work has vanished for the time being.

I'm not bashing the box; i'm a huge fan of computers, especially when it comes to animation; whole films can be made in the box goddamit! Go consult Ralph Bakshi .

So what it's all about for me is overcoming this digital dissatisfaction. A couple of things I do;
1 hour - Draw up sketches for bla bla bla
3 hours - Design template layout for next issue
-------1 hour - have lunch --------
2 hours - contact new contributors / advertisers
etc etc.

I find these little methods also stop me procrastinating so much, or atleast, help me be aware of when I am procrastinating. If you have a day schedule, regardless of how feeble it may seem, it still lets you be aware of the track you are on.

Also to be aware of how innumerably handy these little whirring boxes can be; sending out emails may seem simple, but look at your immense productivity! 40 years ago, writing all those letters, heading to the post-office, mailing them, that woulda taken some time.. 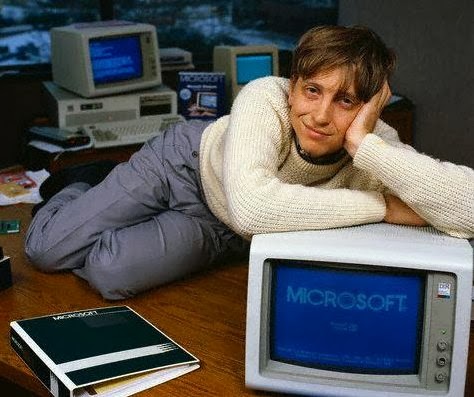 By Thomas Howard Gameson on Monday, January 13, 2014 No comments:

I implore everyone who reads this blog to watch this documentary about human treatment of animals. A warning though - it's not the pleasantest way to spend an evening - infact rather harrowing - but very beneficial. It's also not '14 year old anarchist' material if you get me, it's spoken very plainly (by Joaquin Pheonix, no less) and factual.


Just to clarify, none of the following is written with a hostile tongue, please don't read it as such.

There are a few defences for meat-eating, most often, people will defend it as 'the circle of life'. This is true to a degree, however, it's simply not necessary to eat animals in this day & age. Each species has a fantastic virtue, developed in the 'survival of the fittest'. For example a Leopard its speed. Sharks the ability to smell blood from a mile away. Birds, there intuitive ability to fly in formation. (Don't mention the sloth) We should use our fantastic virtue, our conciousness (I think, therefore I am) to be above murdering other being's.

Another defence for eating meat is farming being good for the environment. This is true in the idealistic image of farming - happy pigs, rolling fields, a bloke with a stick of hay in his mouth etc, but that isn't the truth of the world. Consider the impact of capitalism on farming. If they can make the quantity of their produce bigger, their production method cheaper, & any other means to undercut their business rivals  - of course, logically, they will. This has led to it's natural conclusion, demonstrated in the documentary above; The truth of modern farming is live chicken's on a conveyor belt - 'whats the most economical way to kill them?' capitalism asks; to have them catapulted into a brick wall at the end of the line, any live one's being stamped to death by steel toe capped boots. This actually happens. As if.

'It's natural to eat meat', true. But let's not pretend we are these all natural being's; Afterall, it's not natural to wipe your arse.

Oh and finally, I promise you, dinner is not boring without meat. At first it can be, when you're still stuck in the 'chicken & veg', 'sausage & mash' routine, but soon enough you'll be filling your plate with all the flavours of the world.

I think it's important for people - not necessarily to become vegetarian's - but to understand that eating meat is a choice. Be aware of you're choice when you sit down to dinner; was it worth an animal's life for you to fill your belly for an hour or two?

A great benefit I have found from being a veggy is the moment that veil drops in your mind. I remember walking along a roadside with my pal and seeing a huge billboard for McDonald's. It was a massive blown up picture of a Big Mac. That moment I saw this as no different to it being a human corpse up there, blown up big, all bloodied & battered, resting inbetween two buns, the stench of death. Anywho this was the moment the veil came down in my mind, & I saw it for what it was. I feel that vegetarianism is a pathway to feeling the interconnectedness of the whole world & the beauty that permeates. Eating meat is the closed curtain:- children don't see the connection between those chicken's in a field & those chicken nuggets on there plate. Adults don't see the connection between a rare rump steak & a bloody cows arse. But this is a beautiful thing - the moment the veil drops & you're able to feel that compassion within, to a greater extent than you've felt before. As Tolstoy put it;

"This is dreadful! Not the suffering & death of the animals, but that people suppress in themselves, unnecessarily, the highest spiritual capacity - that of sympathy & pity towards living creatures like themselves" - Tolstoy

Do have a think about it. I see it as one of those things, once you have addressed it - looked yourself in the mirror & made the concious choice either 'I am okay with eating meat' or 'I don't want other animals to die for my dinner plate', you are able to reap the benefit I said above. It's good to abolish your ignorance, wherever you find it.

It helps you reckognise your own level of selfishness also - I don't mean to use this word as slander, I mean it in the true sense, how we are all selfish to some degree (the baby crying for milk, the man in a traffic jam kicking off about his right of way). Vegetarianism is simply saying i'm not cool with death for my dinner plate. It is not black & white - i've heard vege's chastised for walking on the ground incase they kill a worm, or whatever. My own level of selfishness finds it hard to extend any further passed vegetarianism. For example into being a vegan. I would love to, & have great admiration for vegans, but it's too much for me, too much of a lifestyle choice in terms of money & time spent pursuing the cause. This is where my selfishness draws the line - the simple practicality of being a veggy.

If you're interested in giving it a go, check out this great initiative set up by Paul McCartney.
http://www.meatfreemondays.co.uk/
By Thomas Howard Gameson on Sunday, January 05, 2014 No comments:

5) Wake up & read. Whatever youre reading add's that glint of perspective to your day & your life.

6) Only watch TV programmes you already intended to watch.

8) Remember your integrety, and be aware of its feedback; "when you feel in your gut what you are and then dynamically pursue it - don't back down and don't give up - then you're going to mystify a lot of folks." - Dylan


10) "Write in recollection & amazement for yourself" - Kerouac


14) "Scan not a friend with a microscopic glass / You know his faults, now let his foibles pass / Life is one long enigma, my friend / So read on, read on, the answer's at the end." - Sir Frank Crisp

16) Be aware of your ego & contentiously quarrel with it

19) Be like a sponge & soak it all up. Committed to experience

20) Sometimes its healthy to remember you're an animal

22) You only need enough $ to stay afloat

23) "I've had money, i've had none. But i've never been so broke that I couldn't leave town" - Jim Morrison

24) Be aware of your ignorance,

26) Pleasure for reward not gluttony 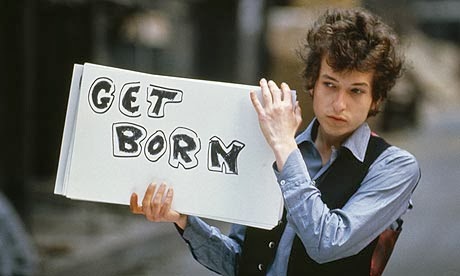 By Thomas Howard Gameson on Friday, January 03, 2014 No comments: