So today I've been working on the character's and I think i've got them to a level im happy with. They are similar enough to look good together, but different enough to have their own qualities.

Here's two pages of sketches, trying to hone what I wanted. I want the characters to be quite innocent, so a sort of UPA/50's cartoon style with the teardrop bodies fitted the bill. But then I need them to be built up enough to show emotion, because I want the audience to feel emotion when watching. I also want them to look quite broad age-wise - I want them to look like 'kids'. Kids is a large definition really - that ages from 6-17, and that's the range I want to capture. 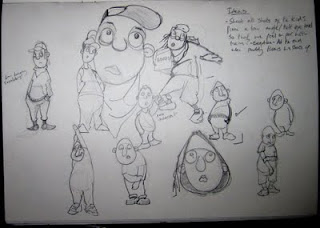 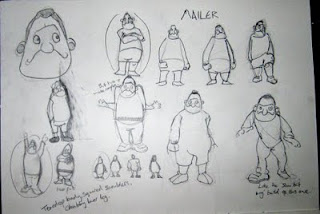 The second page, I half-based his posture on Jake Lamotta. I wanted that bull-like presence that gave him his nickname - the low hunched wide shoulders & V shape body down to the feet. You can see that in the bottom right drawing. However I didn't want him 'Ard like old Lamotta, so tubbed him up a bit too. His face is inspired by Dennis the Menace, I love the Beano.

Here's the final picks(.. for now) 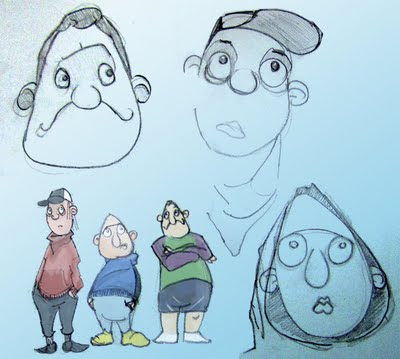 I am happy with them, however I do still feel they are quite typically me, so may give them one more going over. Here's a bit of inspiration I put together that may help ship-em-up a bit, im looking mainly at the shapes of characters:

Tis going well thus far, have the storyboards all done, and last night put them into an animatic to give myself a estimate at the length.. Currently, am thinking about 2:00 minutes in length. Two minutes in 21 days? Is it possible? Lets find out.

Tom's American facts #3 - If you want to work here, you have to be good at Street Fighter. They are obsessed, if you couldn't already tell by the staff page..

UPDATE :-
Pretty happy with myself, stayed up a little later and managed to get all three turn around's done. Am chuffed, I was originally gunna get up and do them early tomorrow - but it woulda probably dragged all day.. (that seems to happen when things need doing doesn't it?).

Im working at quite a fast pace on this project... pre-production has now been COMPLETED in 4 days. That's awesome. All by myself. To save time i've decided to do the layout's on the fly... working from the storyboard, i'll be able to focus on each shot when & where I work on it as opposed as planning it to a tee prior. I quite like this approach.. feel it gives me more freedom when it comes to doing the shot.

That means I can begin animating tomorrow... eek!
By Thomas Howard Gameson on Tuesday, August 30, 2011 No comments:

Yo yo. So, I decided to have a punt at doing me some work experience. I've been trying to keep active in the summer.. 4 months is a long time, and I find if I don't keep at it my brain starts turning to mush. So reading has been my antidote to that. I read 'Heart of Darkness' the other day, brilliant book. For anyone not in the know, it's the book they based Apocalypse Now off of. Only instead of it being set in a river in the congo, its in Vietnam during the war.

It's a brill read and really is one of them stories that sticks with you.

Anywho so after reading that, I read a text about Apocalypse Now from 'Recycled Culture'. What you realise is that Coppola took the basic story framework from Heart of Darkness, and he wove in it these real life stories from the Vietnam war.. I believe he referenced alot of true tales that had come back with GI's. By doing so he uses Heart of Darkness as a vehicle to deliver this documentary-like analysis of America's actions.. the moments off the boat are like windows into America's self-righteousness at the time.

Speaking of America... that's where I am right now! I came over here to work for the animation/games website Newgrounds dot com. I'm sure some of you will know of it, For those that don't, its the first Animation/Game flash portal on the web where users can submit there own content - think like Youtube, except it came way earlier (1996). Tom (the boss man) also makes video games with his other company The Behemoth - check out Alien Hominid & Castle Crashers. Its a very fun laid back environment here and am very pleased to have the opportunity.. cant thank Tom enough for letting me come along!

Im working on an animation here about the London riots that happened recently. What I plan to do is to exemplify the spirit of those who rioted - try to understand their actions to some degree - or atleast exemplify the naivety & ignorance - ignorance to the faceless corporations, who we feel no bond with - have no respect for - because they are faceless. That's the way I feel it was, it kinda exploded out of this subconcious depreceation of the top of the ladder that has formed over the last 50 years or so. The story isn't from the side of the rioters, and it isn't from the side of the police - Think like Gus Van Sant's 'Elephant'. Anywho I intend to show that in the characters. Here's some pics from the storyboard: 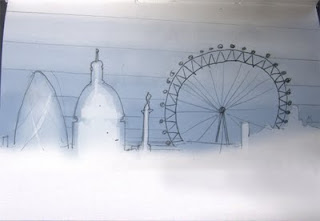 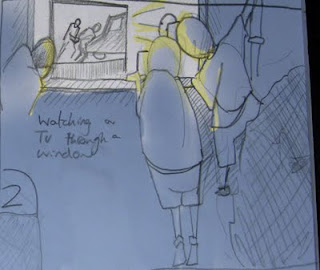 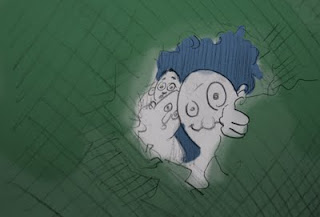 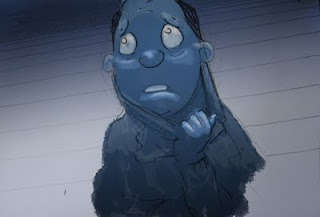 As a side point, i've found the riots to be a very interesting occurence. Firstly, the rioters themselves showed that we are not necessarily a 'Big Brother state', the people still have freedom to take over once in a while, to get in the face of the law when things aren't happy. But secoundly, I found the rash punishments that are being handed out very interesting. I think this is good from the side of the law - it shows that our politicians aren't necessarily part of this PC 'Nanny state' either, they're able to swing the sword when need's be.

Here's some pictures from the office :- 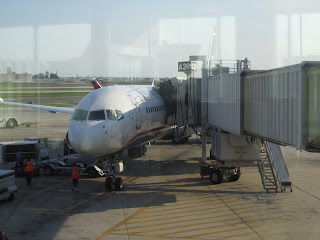 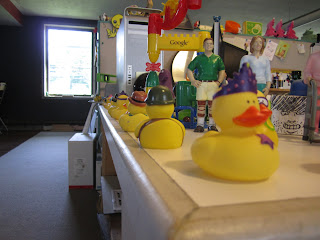 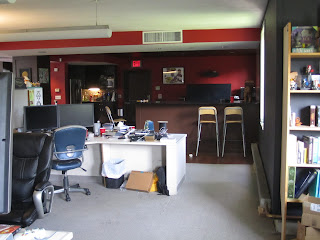 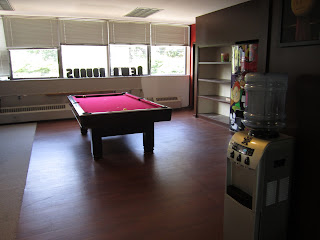 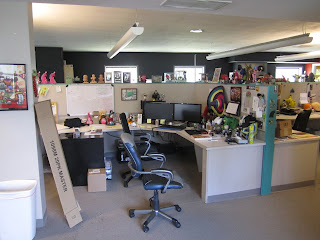 --
Will be posting updates from the office as me work progresses. Ciao for now
Toms American facts #1 - It's hard shopping as a veggy over here, but resteraunts aren't too bad.
Toms American facts #2 - American's are nice people.
(I swear these'll get more interesting as it goes on..)
Peace!
By Thomas Howard Gameson on Sunday, August 28, 2011 1 comment: 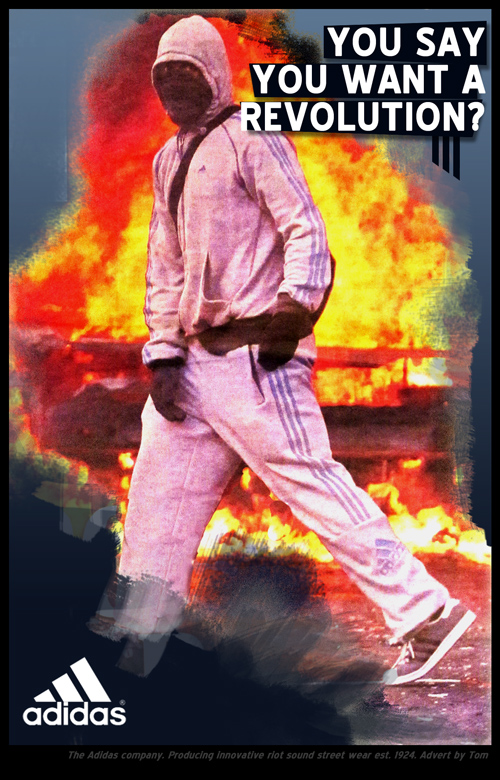 By Thomas Howard Gameson on Monday, August 22, 2011 No comments: